Love padlocks on one of the bridges.

On Saturday, Pete and I went to do more exploring. We headed towards Vanhakaupunki which means “Old City” (vanha = old). This is the area where the city was originally established.

Vanhakaupunki (Swedish: Gammelstaden) is a neighbourhood of the city of Helsinki, Finland, to the north of Toukola. The district’s name (meaning “old town”) is because Helsinki was originally founded at the Vanhakaupunki area. Vanhakaupunki even appears in the new Helsinki foundation document from 1639, and the forms Gamla staden or Gammelstaden went into common use later. In contrast, the Finnish translation of the name only started appearing in the late 19th century. The current names were established as official in 1909. The district was named Vanhakaupunki in 1959.

The Swedish king Gustav Vasa founded Helsinki on June 12, 1550 on the mouth of the Vantaa River on the site of the medieval village of Forsby (Finnish: Koskela). The city was to compete with Tallinn for the commerce in the Bay of Finland and to reduce the illegal trading done by peasants. The inhabitants from the city were drawn from the cities of Rauma, Ekenäs, Ulvila, and Porvoo, which were discontinued. In 1570, a fire broke out in Helsinki in the winter, and in summer, the black plague spread into the city. The city had about 500 inhabitants at that point.

In the 1640s, Helsinki was moved to its current location on the Vironniemi peninsula because of better harbour conditions, to boost the city commerce. Vanhakaupunki was slowly deserted. Only one map, a small-scale map drawn by Hans Hansson in 1645, remains of the first Helsinki. It depicts the city’s location and the layout plan for the latest years. The city’s blocks appear in the map, but the lots aren’t marked. The only building drawn on the map is the church, which was located west of the north end of the current Vanhankaupungintie road.

Currently Vanhakaupunki appears in the subdivision of Helsinki as an area of 0.32 km² west of the Vanhankaupunginlahti bay. The area has about 230 inhabitants and 850 jobs.

Here we saw the outside of the Old city museums, lots of people fishing and picnicking in the park and a couple of new birds for Pete’s collection (P – including white-backed woodpecker!).

Me peering into the window to see what there is to see.

I was quite surprised at the amount of water flowing here. This is the site of an old mill and power station.

Bridge over the River Vanta.

A little sculpture doing his own fishing in the river.

Love padlocks on one of the bridges.

Part of the old city museum.

A sculpture of carved owls in the park.
(Visited 119 times, 1 visits today)

Tähtitorni Observatory, Kaivopuisto & Out and About 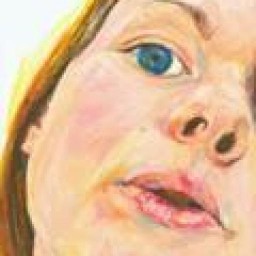